It was April 3rd, 1979 a prisoner in Rawalpindi Jail, become sick due to malaria meets his wife and daughter. The jail superintendent asks the prisoner that this is your last meeting with your family. The daughter cries and asks the jail superintendent please open the door I want to hug father but he refused. The time does not remain same; the prisoner was once a president and prime minister of Pakistan and now a local prisoner.

He was Zulfiqar Ali Bhutto, the son of Sir Shah Nawaz Bhutto born in 1928. Zulfiqar Ali Bhutto starts his education in Bombay. He then went to University of California. After this, he studied law at Christ church college. After studying law, he went to Lincoln’s inn and became a barrister. He was the most educated Politician of Pakistan. Once Bhutto was questioned; “You were born rich, how can you care about poor?” He replied; “I got this from my mother”.

His political career started when Sikander Mirza made him water and power minister. He signed Indus water treaty. Bhutto became a good friend of General Ayub Khan because Ayub khan was defense minister at that time. When martial law was imposed in country in 1958 by Ayub Khan. He made Bhutto foreign minister of Pakistan. He was one of the finest foreign ministers in the world at that time. Once he said at UN that

Zulfiqar Ali Bhutto is one of the founders of Pak- China Friendship. He made very friendly relations with China during early 60s. he went to Beijing and meet the officials. At that time America recognized that Bhutto has no favor with us. He made agree Ayub Khan to take Kashmir By force and then Ayub khan ordered to start operations. Due to this operation war started between India and Pakistan. Bhutto and Ayub went to Tashkent (capital of Uzbekistan) and Indian prime minister Laal Bahadur also went there for ceasefire. An agreement was signed there but Bhutto was not in favor of this and he resigned form cabinet. After this, he visited north to South and East to West of Pakistan.

He then founded PPP (Pakistan People’s Party) in 1967 at LAHORE. He demanded for elections and combined hands with opposition that Ayub khan must have to resign. Ayub resigned, his successor general Yahya khan promised to conduct elections in country.

Elections were held in country, the Awami League emerged as the only majority party which had won 167 of the 300 general seats of the national assembly. PPP won 81 seats and all other parties won 7 seats of the National Assembly. The result of Provincial Assemblies made difficulty. Awami League won 288 of the 300 general seats in East Pakistan. PPP won majority in Punjab and Sindh while National Awami Party and Jamiat Ulema- e- Islam got Majority in NWFP and Baluchistan. The results made differences between political parties and thereafter a civil war started in East Pakistan because this victory was not like by Bhutto as well as Yahya. Bengalis chanted slogan of independent state with the help of pro Indian organization Mukti Bahini. Pakistan Armed forces had to intervene to crush the revolt. To control this situation Chief Martial Law Administrator General Yahya Khan declared emergency there. After it East Pakistan got separated and became an independent country.

Bhutto took oath as a First Civil Martial law administrator in Pakistan. Bhutto than went to India and made agreements and through his efforts 93,000 Pakistani prisoners were set free from India. He made effort to  strengthen the broken Pakistan. His slogans of “Roti, Kapra, Makan” became slogan of every mouth. The property of 22 richest families were freezed. Nationalization of banking sector, heavy and mechanical industries, etc. Labor Policy was introduced in the country which gave the rights to labors. Educational and Agricultural reforms were made. He opened passport offices in every district. Quaid-e-Azam University Islamabad and Alama Iqbal Open University were established.

Constitution making was started, and the constitution was imposed in 1973 with the collaboration of government and all opposition parties which was federal and Islamic. Bhutto called a meeting in Karachi during his visit, he invited every person. J Raheem was there, he was waiting for the Bhutto and when clock struck 11 J Raheem said; “I will not wait more for the Maharaja of Larkana.” Bhutto was told that he has left. He became angry and order FSF (his Security Force) go to J Raheem and teach him a lesson. He dismissed Attaullah Mengal’s Government in Baluchistan. And after it Molana Mufti Mahmood resigned from NWFP government. He ordered army action in Baluchistan. He ordered to put some MNAs and MPAs of Baluchistan in jail. The reforms were made in PTV and for the first time the television showed the culture of our country.

He wanted to gather all leaders of Muslim states. All leaders were invited to Lahore. Nuclear programme was started in his era. Pakistan Atomic Energy Commission was established. The U.S warned Bhutto to stop this programme. Henry Kissinger (secretary of State of U.S at that time) send a delegation to Bhutto that

“We will make you an example in front of world”.

But Bhutto ordered A.Q Khan to carry on his work. He always said;

“We (Pakistani) will eat grass, even go hungry, but we will get one of our own (Atom Bomb)….. We have no other choice.”

During his government a flood came, he toured all Pakistan through helicopter and one day in helicopter seeing the population in water, he cried at that moment. One said, Why are you crying? He replied; inside my heart a son of poor mother is living and now all people are under flood, we must help them.

The father of Ahmed Raza Kasori (his opponent) was killed and Bhutto was blamed. The election were conducted in 1977. This election was a fake election full of corruption. Even the opponent of Bhutto in Larkana could not submit his paper. Due to this opposition made an alliance known as PNA (Pakistan National Alliance). PNA did not accept the National Assembly elections and demanded for free and fare elections. Dialogues were held between Government and PNA and at last an agreement was made that new elections will held soon. A dinner was arranged on July 4, 1977 at American Ambassador’s House. A decision was made there that we will not accept Zulfiqar Ali Bhutto, He is no longer acceptable.

On July 5th, 1977 Martial law was imposed in country and General Zia-Ul-Haq announced elections to be held in next October. After this Bhutto started opposing Zia. A case was filed in High court against him and many Islamic leaders asked Mrs. Bhutto that we will appeal for mercy but Bhutto refused to sign mercy petition. Karnal Qadafi also asked Mrs. Bhutto that I will conduct a commando operation and Bhutto will have been escaped from Rawalpindi Jail during this operation but he refused. Yasir Arafat, Sheikh Zaid and many European leaders appealed to Zia but he refused.

At last on March 24, 1979 the Supreme court of Pakistan made decision that he is involved in killing Nawab Kasoori. Now the last days of Bhutto came. Commissioner Islamabad come to Bhutto along with an appeal in his cell. General Zia ordered Commissioner to do this. Officers said Bhutto, Sir please sign this mercy petition but he refused and asked the officers, what is my name? Officer replied; Your name is Zulfiqar Ali Bhutto. Bhutto said, what is my father’s name? officer replied; Shah Nawaz Bhutto. Bhutto asked, what is Zia’s name. He said; Muhammad Zia-Ul-Haq. Bhutto then asked, what is his father’s name? He replied; Sorry sir I don’t know. Bhutto said;

“There you are, that is why I cannot sign this petition.”

The question arose where PPP stand now. PPP was once a federal party, won three elections since 1988 but now it has become a provincial party. Bhutto’s slogans are still on mouths of PPP Chairmen, they want to get popularity on the name of Bhutto, and they are not aware what they are doing under the name of Bhutto.

This analysis is written by Muhammad Labeeb. 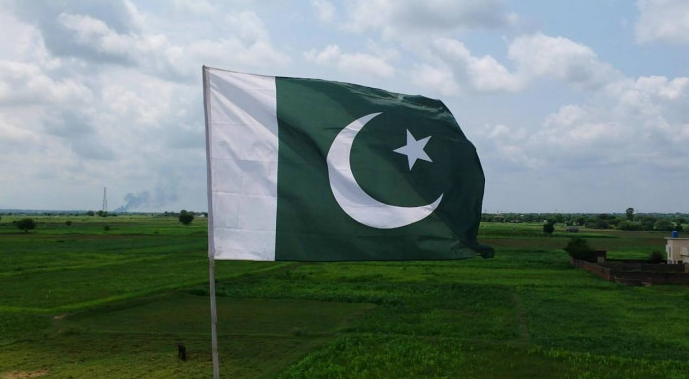