Tourism plays a crucial role in projecting the soft image of a country. It generates employment opportunities, supports economic growth, and is a source of foreign exchange. The developed countries earn trillions of dollars annually. Moreover, Egypt earned 389 billion Egyptian Pounds in 2018 and Turkey earned $2.45 billion only in three months this year with COVID restrictions. Malaysia earns nearly $20 billion annually through maritime tourism.
Tourism in Pakistan can be broadly classified into four groups: religious tourism, eco-tourism, cultural and historical tourism. 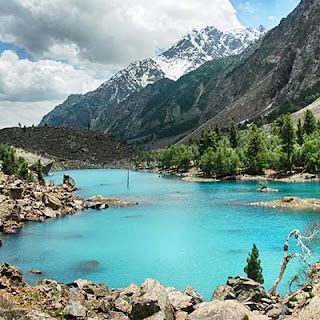 There is a lot of work to do in eco-tourism, although the government of Pakistan has started a 10 Billion tree tsunami project there is more to do. The roads reaching mountainous areas are very narrow and there is a chance of land sliding all the time, so tourists feel anxious due to these factors. There are fewer hotels to accommodate tourists near lakes. Also the local people there are very poor. So government should put a birds eye on these areas or should launch public-private partnership projects in these areas to promote tourism.
If easy access is given to the tourists then these areas can generate billion dollars only through their natural beauty and Pakistan can leave behind Switzerland (a total area almost 10% of Pakistan) which earns 47 billion dollars annually only through eco-tourism. The projects must be launched to conserve wildlife which is the oxygen of forests. Pakistan’s National animal Markhor has also become an endangered species.
Strict laws should be made against killing and hunting animals. The craze to earn Dollars through wood has made our land deforested land. Due to the inauguration of the Swat Motorway, there is easy access to northern areas of KPK.

Pakistan has many sites which have cultural significance. Some of these are; Taxila, Kot Diji, Harappa, Mohenjo Daro, etc. these cities can promote tourism as well as northern cities in Pakistan because there are lush with a culture that attracts people. The site of Taxila is lush with Gandhara art and is declared a World Heritage site. Many other cities in Pakistan have also been declared as World Heritage Sites. People living in these areas can earn a lot through tourists by giving people easy access to these areas. 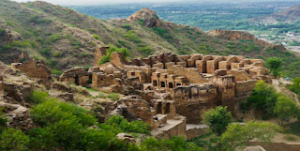 Pakistan is religiously very important to  Sikhs, Buddhists, and also Hindus. Religious tourism is a thriving yet largely unexplored industry in Pakistan; a country packed with landmarks of various religious ethnicities. With a hefty economic potential, religious tourism in Pakistan faces several challenges.
The Karterpur Corridor, a joint initiative between India and Pakistan is located in the in  Punjab.  It is intended to link  a  Gurudwara Darbar Sahib,  the Indian border. The potential of religious places in Pakistan, especially those related to Sikhism and Buddhism, is likely to increase and requires further efforts. Today Pakistan is a meeting point for a variety of previous religions.
On 9, Nov. 2019, Pakistan hosted thousands of Sikhs from across the world for one of their religion’s  most sacred festivals,  the  550th  birthday of  Sikhism founder Guru Nanak.  Where they celebrated their birth  anniversary,    November  9 was the opening session  also of a  long-sought visa-free corridor  to a  holy temple in the Pakistani  border village of  Kartarpur (  Narowal)    that promises pilgrims  from India a  reason for elation.  To get to the  village where the guru died, they had to first secure a visa, travel to the eastern city of Lahore, and then arduously drive to the temple or be content with viewing it through binoculars from India. Now, up to  5,000  Indians were allowed  access  daily through  the  corridor,  which includes roadways, an 800-meter bridge over the Ravi River, and an immigration office. 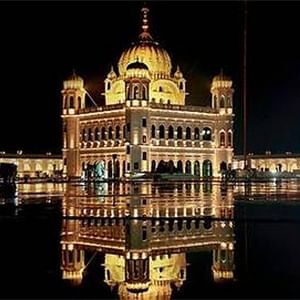 Karterpur
Punjab is  home  to five  most  important pilgrimage  sites  for  Sikhs.  They include the birthplace of Baba Guru Nanak, the founder of the Sikh religion who was born in 1469 in Nankana Saheb district, and Gurdwara (monastery) Punja Sahib in Hasan Abdal town,  where the  handprint  of  Guru  Nanak is  believed  to be imprinted on a boulder at the monastery.
Pakistan’s second-largest minority also worshiped the water of a Katas Raj temple after  Christians because they believed that the lake was filled with tears from Shiva, one of the most important deities in Hinduism. The Katas Raj Temple in the northeast of the Chakwal District and the Sadhu Bela Temple in the south of the Sukkur District are the two most visited religious places of Hindus around the world. 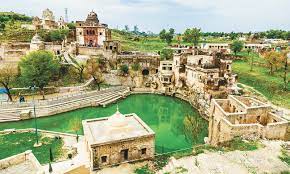 Katas Raj Temple
Religious tourism can boost the economy if Government provides security to the visiting people. Hotels should be made near religious sites and the cities which are sites of religious tourism must have a greater development budget.

Historical tourism has always played a magnificent role in the economy of Pakistan. Mughals had made many historical sites in Pakistan such as Shalamar garden, Badshahi Masjid, etc but many sites have become a part of history such as Fort of Rohtas, etc. The government should have to aware people about unexplored historical sites so that the lovers of history will have a new destination. 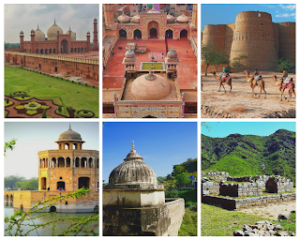 Fault Lines in Development of Pakistan

Islamophobia in the world

Islamophobia is the fear of, hatred of, or prejudice against the religion of Islam or Muslims in general, especially when seen as a geo- political force or a source of terrorism. (according to Wikipedia). Islamophobia is a prejudice, aversion, hostility, or hatred towards Muslims Read more…