The question arose when this topic blinks in everyone’ s mind;

“Most wars across the world are taking place in majority-Muslim countries, with Muslims mainly fighting each other.”

Two concepts increasingly dominate public discussions on the Muslim and Arab world. The first is the notion of civil war in the context of countries like Syria, Yemen and Libya. The second is the notion of conflict between Islam and the West. Both concepts fail to recognize that the Muslim world is in the throes of multiple civil wars.

In 2012, there were six wars worldwide, in Afghanistan, Pakistan, Sudan, Somalia, Syria, and Yemen. All of them took place in Muslim countries. Of the nine rebel groups in these conflicts, seven had an Islamist ideology.

First we are focusing on conflicts involving Muslim countries and Islamist rebel groups. No less than 463 insurgent organizations are recorded in the dataset for the period 1946– 2013. Many of them originate in and identify with ethnic or religious minorities. Although precise data are lacking, it appears that over 200 insurgent groups consist mainly of Muslims. Many of these operate in countries where Islam is not the majority religion (as in India and the Philippines), but a larger number are active in Muslim countries. There are few non-Muslim insurgent movements in Muslim countries – the movement in Sudan that fought for the independence of South Sudan, and eventually succeeded, is one of the best-known cases.

Civil war was sparked in 1983 when the military regime tried to impose sharia law as part of its overall policy to “Islamize” all of Sudan. Roughly two million people died as a result of war, famine and disease caused by the conflict. The consequences of war are taking their toll on the entire region and are intensified by environmental hazards, desertification, drought, and famine. South Sudan gained independence from Sudan in July 2011 as the outcome of a 2005 peace deal that ended Africa’s longest-running civil war. The conflict, falling oil revenues and rapidly depreciating currency have further exacerbated economic hardships in South Sudan.

After the Taliban government refused to hand over Osama bin Laden in the wake of al-Qaeda’s September 11, 2001, attacks, the United States invaded Afghanistan. This war ended on August 31, 2021 after approximately 20 years. In the years of conflict that followed, more than 870,000 Afghans were killed, three million were maimed or wounded, a million were internally displaced and over five million were forced to flee the country. The per capita income fell, food production dropped, exports growth declined, and their external debt increased as a percentage of GDP.

The unrest spread and the crackdown intensified. Opposition supporters took up arms, first to defend themselves and later to rid their areas of security forces. The violence rapidly escalated and the country descended into civil war. The United Nations has verified that at least 350,209 civilians and combatants were killed between March 2011 and March 2021. From 2010 to 2018, exports fell from $8.7 billion to $0.7 billion, a decrease of 92%. The collapsed export trade resulted in Syria’s trade deficit widening from -16.6% of GDP to -34.6% over the same period. In addition, Syria’s currency depreciated 90% and inflation reached 700%. 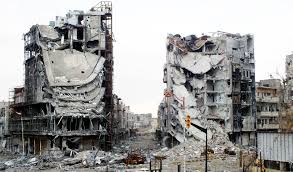 The Yemeni Civil War is an ongoing multilateral civil war that began in late 2014 mainly between the Abdrabbuh Mansur Hadi-led Yemeni government and the Houthi armed movement, along with their supporters and allies. According to ACLED, over 100,000 people have been killed in Yemen, including more than 12,000 civilians, as well as estimates of more than 85,000 dead as a result of an ongoing famine due to the war. . When comparing Yemen’s current situation to a scenario without conflict, the country has lost a cumulative US$126 billion in potential gross domestic product (GDP) since 2015. , Yemen remains the largest humanitarian crisis in the world. Yemen is experiencing the world’s worst food security crisis.

The armed conflict between Hizbul Islam and al-Shabaab began due to a dispute between the faction of the Ras Kamboni Brigades led by Sheikh Ahmed “Madoobe” and al-Shabaab, over a power sharing agreement in Kisi mayo. Thousands of Isaaq tribesmen resulting in up to 200,000 civilians slaughtered and 500,000 more people seeking refuge in neighboring Ethiopia.

How to end these Wars?

The persistence of armed conflict in Muslim countries and an increased use of violence in many of these conflicts is a major tragedy, particularly for the civilian population. Accounting for these patterns is an urgent topic for scholars, and resolving religious conflicts is a priority task for policymakers.

The person who leads or commands a group, organization or country. Present Pakistani leaders raise slogans for transforming the nation but they look people like pygmies, insects, etc. The Indian leader Mahatma Gandhi walked around Read more…

Fault Lines in Development of Pakistan

Islamophobia in the world

Islamophobia is the fear of, hatred of, or prejudice against the religion of Islam or Muslims in general, especially when seen as a geo- political force or a source of terrorism. (according to Wikipedia). Islamophobia is a prejudice, aversion, hostility, or hatred towards Muslims Read more…